How can we help you today?

For as long as women and men have been concerned about ageing, there have been promises of younger-looking skin. Skin is in a state of constant turnover, with new cells being created in the deepest layers.

This process includes gene expression, which is how a cell receives its genetic code. It’s also a critical part of how skin ages. As more genes associated with ageing are activated over time, the structure and appearance of skin changes. And there’s no way to change it back… Until now. Only Forever Young BBL™ is clinically proven to stop the skin from ageing:

TURN BACK THE CLOCK

Your DNA is a unique blueprint that only you have. Certain genes can express themselves (turn on or off) based on factors like ageing and other environmental components. As we age, the genes within our skin cells are programmed to express themselves differently than they did when we were younger. Forever Young BBL™ reaches deep into the cell and activates certain genes associated with youth, while turning off other genes tied to ageing.

As a result, you create more of the kinds of proteins and other building blocks you had when you were younger. New skin cells are actually programmed to be younger, giving you beautiful, youthful skin.

It may sound impossible, but that’s what reprogramming your skin’s age with regular Forever Young BBL™ treatments can do. It was proven in a 10-year clinical study—one of the longest studies ever to show the results of a skin treatment regimen.

The results were so startling, the authors of the study concluded:
“…patients who maintain a regular annual or biannual regimen of BBL™ treatments over 5 to 11 years can reduce and delay the long-term signs of skin ageing such as photodamage, telangiectasias [spider veins], the appearance of fine lines and wrinkles, and skin laxity, in a natural-looking way.²”

Forever Young BBL™ isn’t just a beauty treatment. It’s a preventive regimen—possibly the best investment anyone can make in his or her skin. Both men and women with almost any skin type can protect against the sun and environmental damage that adds up over time. In fact, the best time to think about the effects of aging is before they appear. Since the ten-year study shows that regular Forever Young BBL™ treatments stop the skin from aging…why wait? 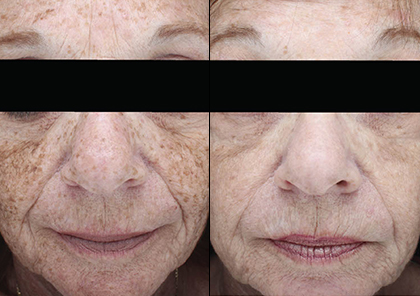 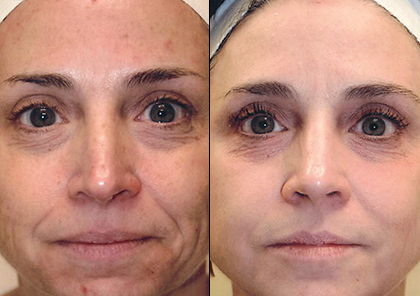 Imagine taking a photo ten years from now and looking better than you do today!

What is gene expression?
Gene expression is the process by which the information encoded in a gene is used to direct the assembly of a protein molecule. Gene expression is part of how your body creates new cells. Your DNA is a unique blueprint that only you have. Certain genes can express themselves (turn on or off) based on factors like ageing and other environmental components. As we age, the genes within our skin cells are programmed to express themselves differently than when we were younger.

How does Forever Young BBL™ reprogram the age of my skin?
Forever Young BBL™ reaches deep into the cell and activates certain genes associated with youth, while turning off other genes tied to ageing. As a result, you create more of the kinds of proteins and other building blocks you had when you were younger. New skin cells are actually programmed to be younger, giving you beautiful, youthful skin.

Can you prove Forever Young BBL™ really makes skin younger?
Yes! Ground-breaking research performed at Stanford University shows that BBL™ influences gene expression and changes skin at a molecular level. The study showed that literally hundreds of genes that are known to be associated with younger skin were activated while others, associated with aging, were turned off.¹

But that’s not all. A long-term clinical study showed that patients who received regular BBL™ treatments over the course of a decade were judged by doctors to appear 11 years younger than their actual age at the study’s end. In other words, they looked younger than when they started the study! ²

How many treatments will I need?
Generally 3-4 times per year. However, the number of treatments needed varies from patient to patient, and your clinician will personalise a treatment plan based on the level of improvement you desire. Your clinician may also combine your treatment with other popular aesthetic procedures to optimise your results.
Remember that regular treatments—at least once a year—have been proven to stop the ageing process, allowing patients to look younger than they did when they started treatment 10 years prior.

What areas can be treated?
Any area of your body can be treated. The most common areas are those most exposed to the damaging effects of sunlight. The most popular treatments are on the face, neck, back of the hands, chest and shoulders.

What will happen during the procedure?
Your eyes will be protected with safety shields or glasses. You may briefly feel a warm or quick snapping sensation as the light is absorbed by the targeted areas. Your procedure may take a few minutes to half an hour depending on the size of the area to be treated and the type of procedure performed.

How long will it take to recover?
This is a noninvasive and gentle procedure with virtually no downtime. In most cases, you are able to return to work, apply makeup, and resume most of your activities immediately.

What should I expect after the treatment?
You may experience some redness that should resolve within a few hours. For some pigmented lesions, you will see a darkening of the treated area followed by fading and flaking off at a later stage. Your treated skin will feel smoother, pores will be less noticeable, and sunspots or uneven pigmentation will fade. Results depend on your condition, the number of treatments, and the area treated. Your clinician will provide you with complete information about the post treatment care and results.

What aftercare plan do I need?
It is important to follow your clinician’s treatment plan. You may be given some skin care products and instructions on how to use them. You will be sensitive to ultraviolet light and you must avoid direct sun exposure until completely healed. Fully cover your skin or use a good sunscreen whenever you go outdoors.

🔷 GLOW 🔷 The secret to a hypernatural glow?

🔷OPEN🔷 Yes, you heard that right. We are ope

🔹RESULTS🔹 Hands up if you love before and af

Sign up to receive the latest news and exclusive COCO Club offers.